Michelle's Pharmacy began in 2008 with the purchase of Fritz Pharmacy on the historic Carlinville Square. A pharmacy has been at this location since the 1920s with Steinmeyer Drugs, the creator and producer of Minut Rub Cream.

Beatty Burke purchased the business in the 1960s and introduced computerization in the 1970s. Charlie Fritz assumed ownership in 1993 after working with Burke's for 30 years.

Our owner Michelle Dyer accepted the opportunity to carry on a similar tradition in April 2009, with the purchase of Dippold Drugs in Gillespie. The store had been a fixture on Gillespie's main street (Historic Route 66) since the 1940s. Extensive remodeling in 2015 allowed for a brighter, more open design with a wider line of over-the-counter medicines and gift items.

Seeing an opportunity to better serve her customers in the Bunker Hill area, Michelle opened her third store in October of 2016. The city had been without a local pharmacy for many years. The Bunker Hill store is a remote dispensing facility, with the ability for patients to have a face- to-face conversation with a pharmacist in the Gillespie store via a video link.

In 2017, in response to increasing business and the need for more accessible handicapped parking, Michelle moved the Carlinville pharmacy to a larger space with much more parking in the Broad St Plaza. With the move came the ability to install a much-needed drive-up window.

Customer Service is the hallmark cornerstone of Michelle's Pharmacy. Employees routinely go above and beyond expectations to meet our customers' needs. We take the time to work with our customers to ensure complete satisfaction. 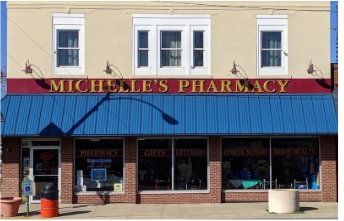 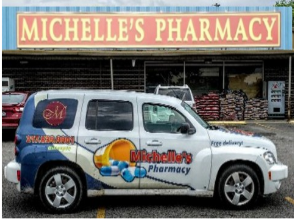 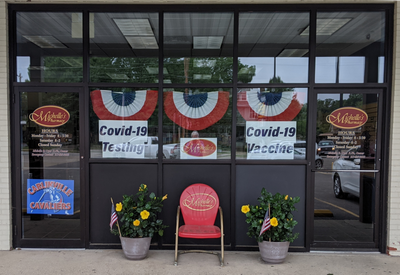 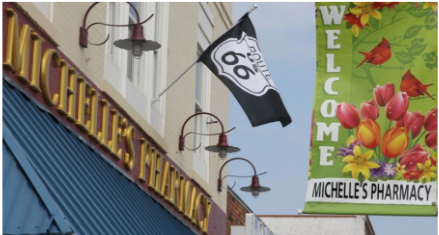 Your Health Is Our Specialty

We offer durable medical equipment in an appealing, accessible retail setting allowing patients to select the appropriate device to help them age in place. DME offerings include:

See the "WELLNESS" tab at the top of the page for news and updates on health topics that impact you life.